Khadija Assales brings a whimsical and imaginative essence to her Jewellery known commercially as Kaj Expressions or The Treasure Box. The latter name is a fitting reference to the enchanting nature of the semi-precious stones, glass beads, and precious metals which the designer uses to bring her dreams to life. Assales’ pieces have become popular in her home land of Belize since she launched the brand less than four years ago. Her high-concept, innovative designs and materials constantly step out of the traditional jewellery box utilizing unusual forms and , sometimes materials in her delicate pieces.

Her most recent (and controversial) medium are the fins of lionfish which she has crafted into a collection of eye-catching and dramatic earrings. The project was inspired by a trip to Hatchet Caye, off the coast of Belize, which assails had visited for many years and had witnessed the devastating effect that the recently-arrived lionfish had on the eco-system of the reef surrounding the caye. The owners of the establishment, who  had already taken an aggressive approach to eradicating the predators, encouraged her to experiment with the fish by-products in order to raise awareness about their on- going impact on the environment.  It was out of experimenting with the tails of the large and striking fish that the Lionfish Series was born.

The idea of wearing previously poisonous fish fins may not appeal to everyone but the quaint, bubblegum coloured chattel house that is now her retail base in Belize would charm anyone and is the appropriate space for her unique expressions. 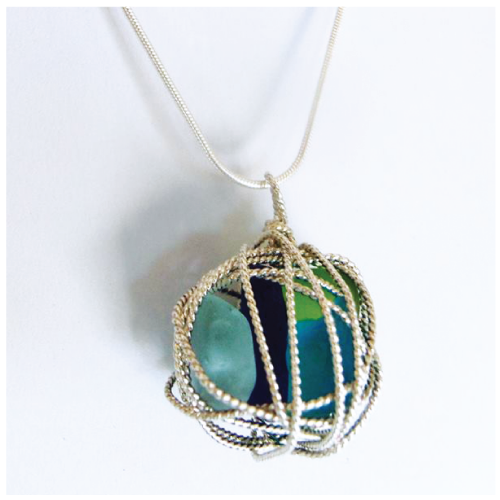